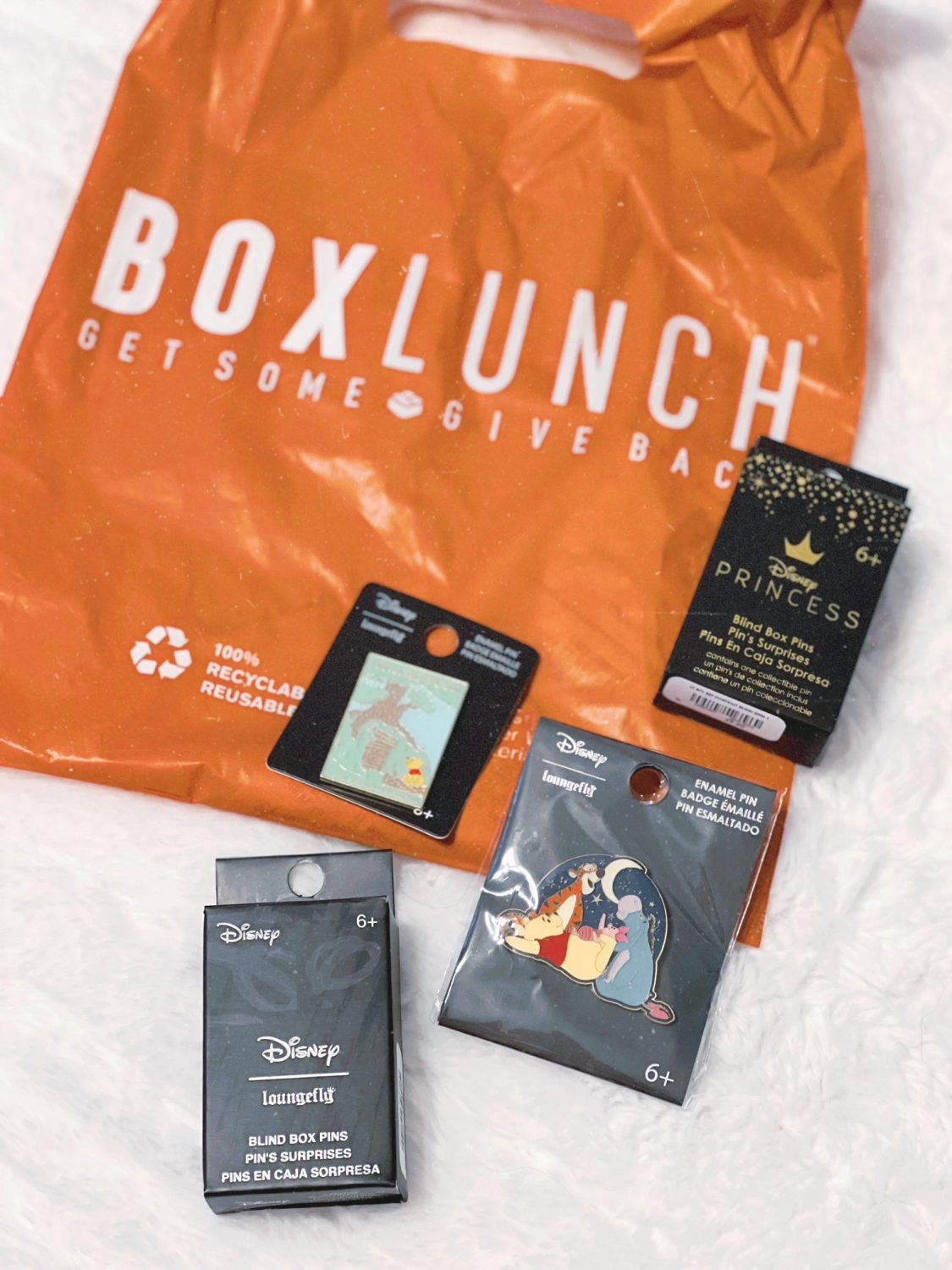 Happy May and welcome to a new segment here on the blog! I miss doing my little monthly segments (RIP 12 Months of Happiness) so I thought it would be fun to create a new one. (Because why not?). I’ve been slowly growing my Disney pin collection more and more and I’ve been wanting to share more about it here on the blog. This new monthly segment is called: Monthly Pin Update or MPU for short.

In this series I’ll just be updating you on what new pins I’ve gotten that month. Sometimes it will be pins I purchased or, when I go to Disney, pins I’ve traded for. I thought it would be a fun way to sort of watch the growth of my pin collection.

In April, I purchased a few new pins from BoxLunch: 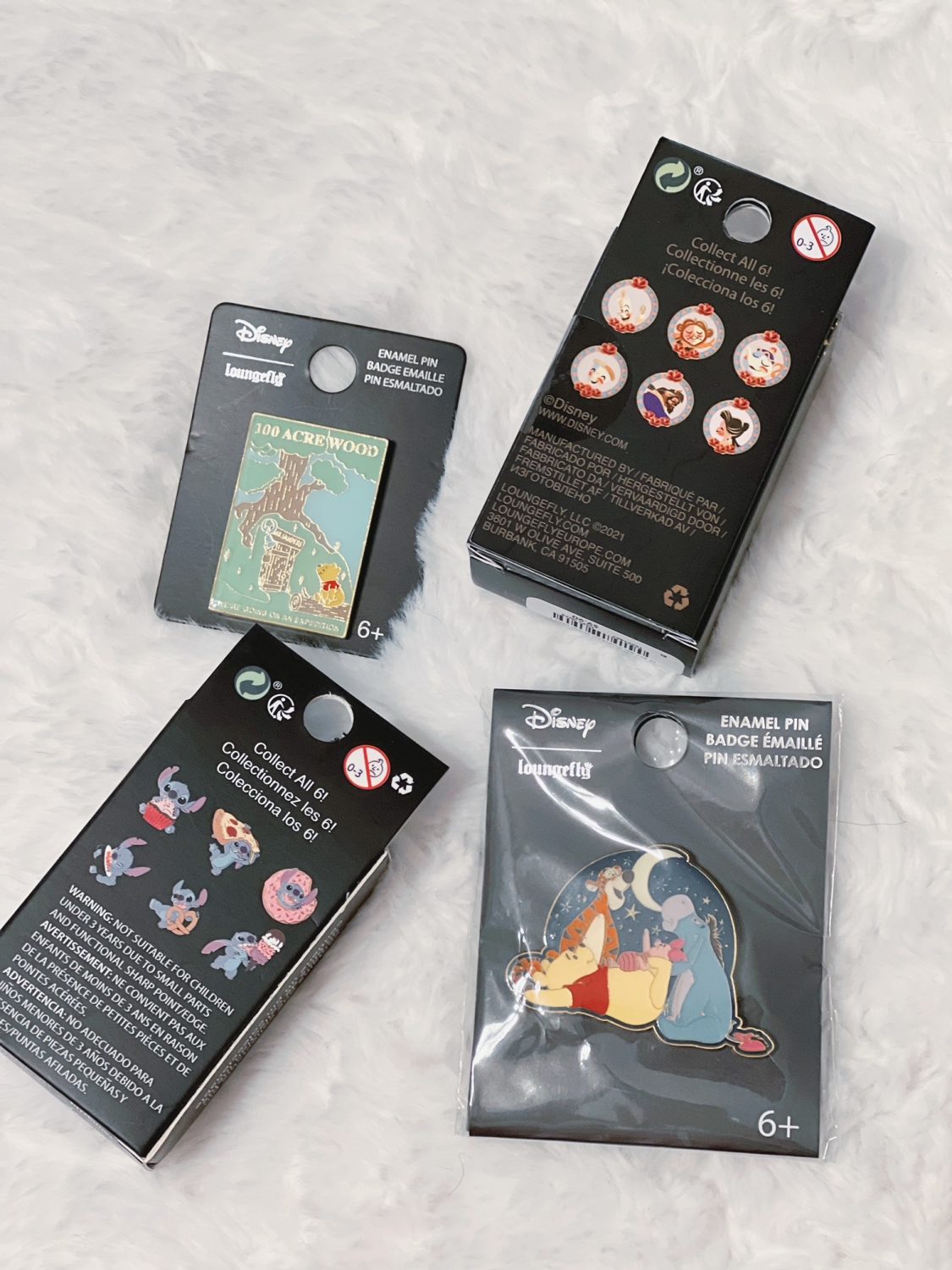 Last month I had some Boxlunch “lunch money” (its their cash coupons) that I didn’t want to go to waste so I decided to use those coupons on some Disney pins. Since this is the beginning of this series, I thought I should start off by telling you guys exactly what kind of Disney pins I collect. When it comes to Disney pins I collect:

A lot, I know. That’s not to say when I’m trading pins at Disney and I see a pin that doesn’t fit these categories, I won’t trade for it. I have a lot of pins that don’t fall into these categories but mainly these are the types of pins I will buy/trade for.

As shown above, I bought two cute Pooh pins for my Winnie the Pooh collection. I also picked up two mystery pin boxes. 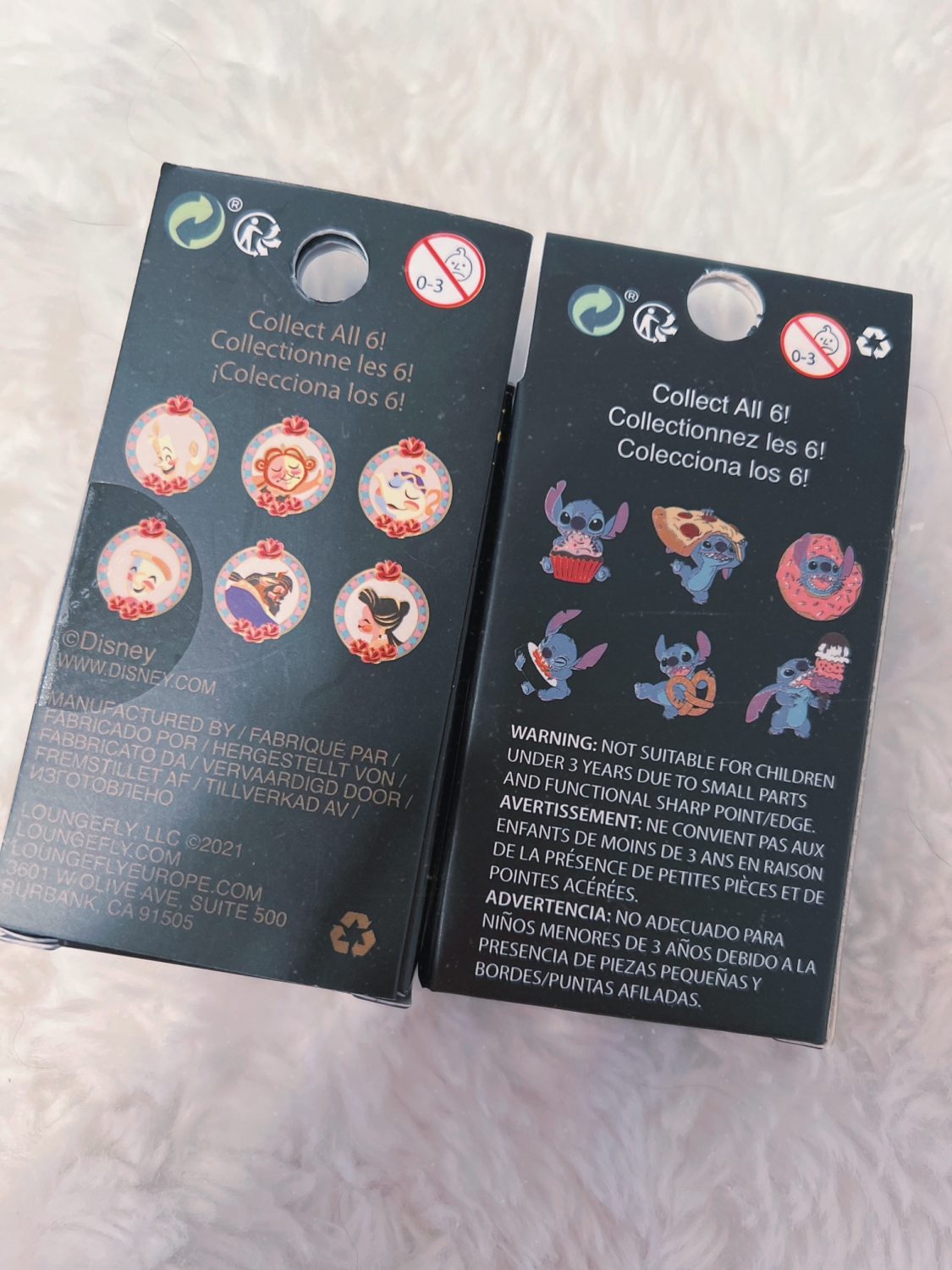 I picked up a Beauty and the Beast mystery pin set and a Stitch mystery pin set. I really loved all the choices from the BATB set so I didn’t mind which pin I ended up with. For the Stitch set however, the only one that I didn’t really like was the donut pin. I really wanted the sushi or ice cream pin. 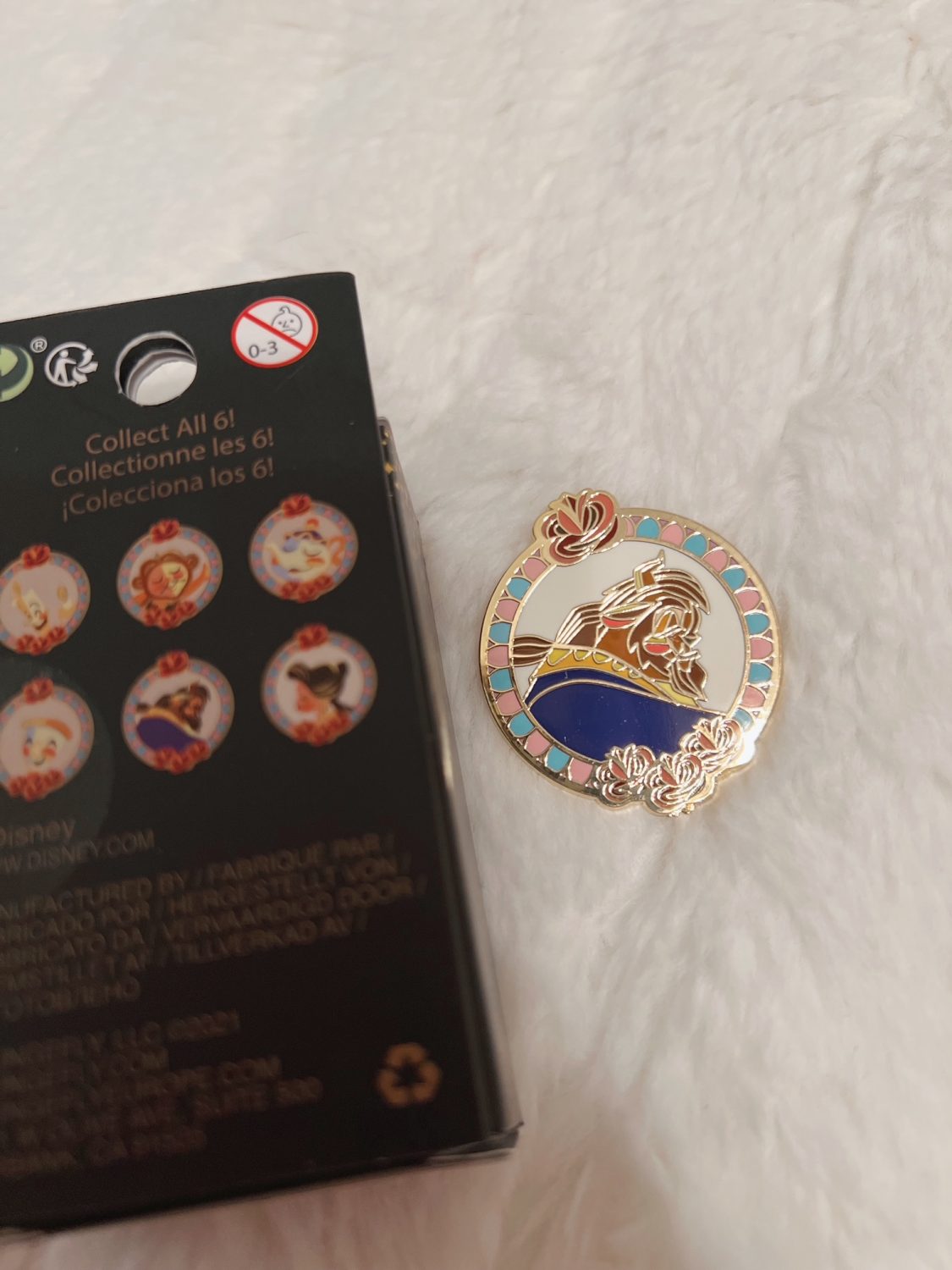 I got the beast! 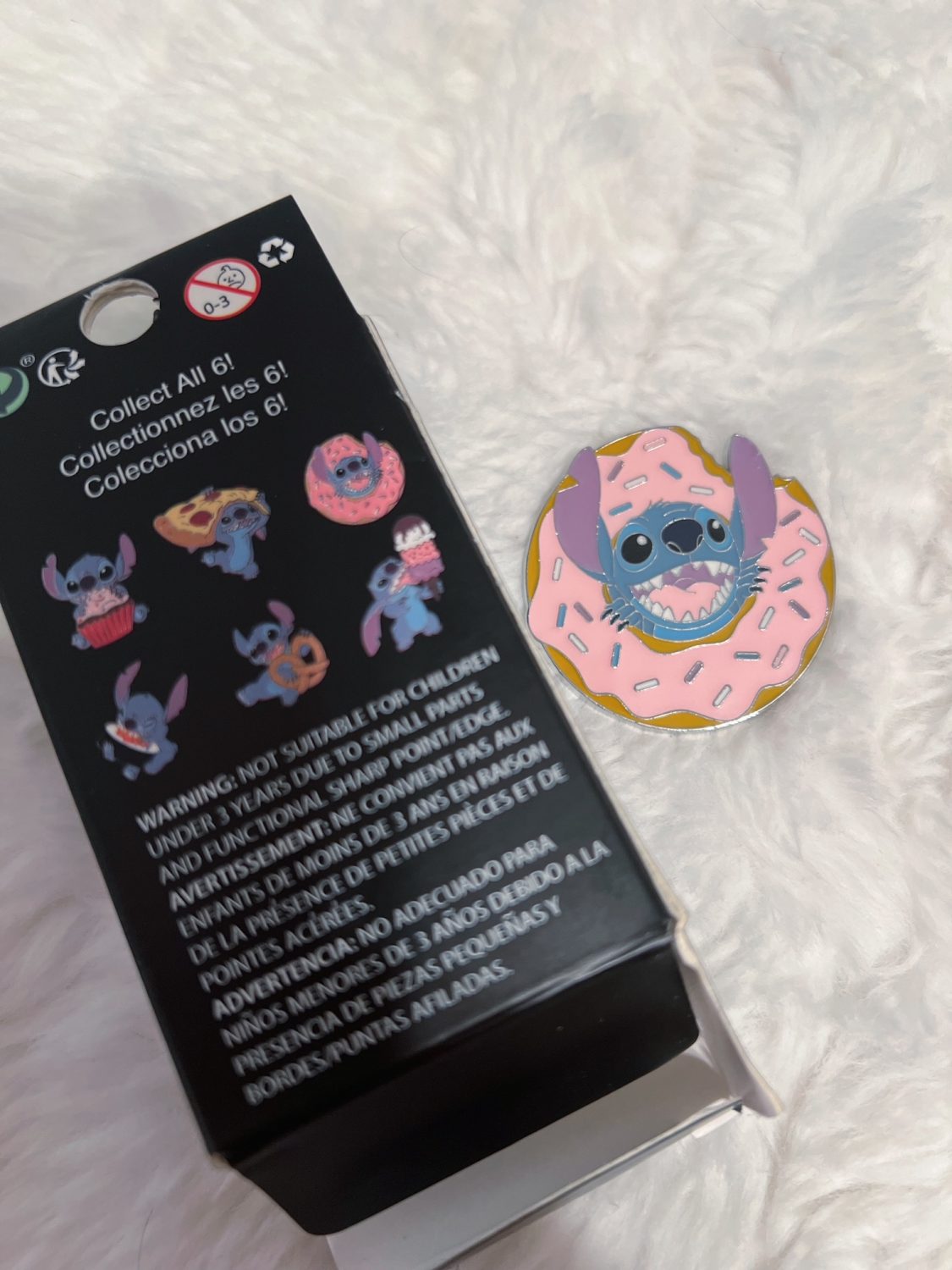 Of course I got the Stitch donut pin. BUT, I actually really like it now that I’ve seen it in person! 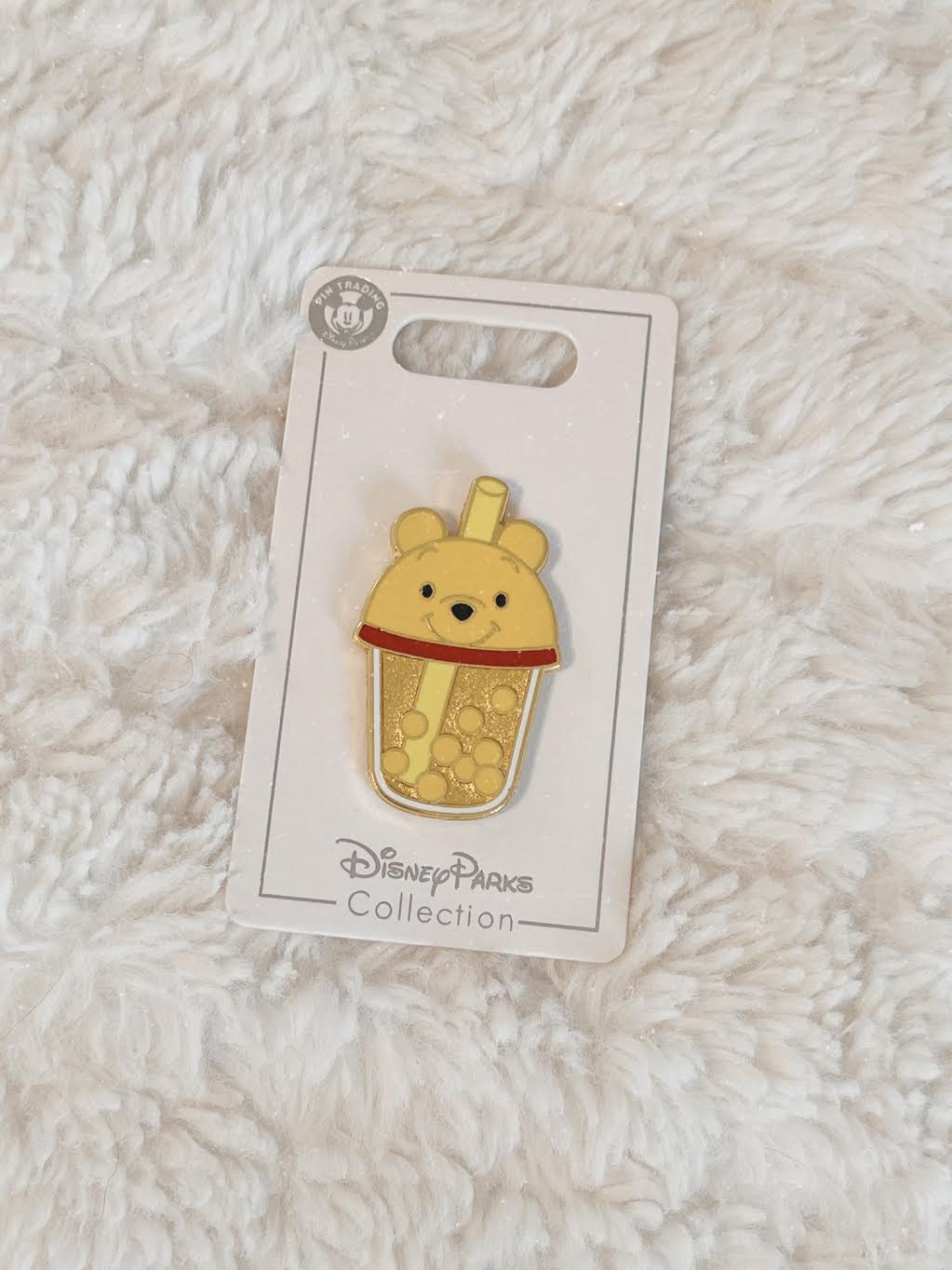 In April I also traded (with someone on IG who lives near Shanghai Disneyland) for an ADORABLE Winnie the Pooh boba tea pin. You guys, how CUTE is this pin?! I swear Hong Kong, Tokyo and Shanghai Disney have the cutest merch.